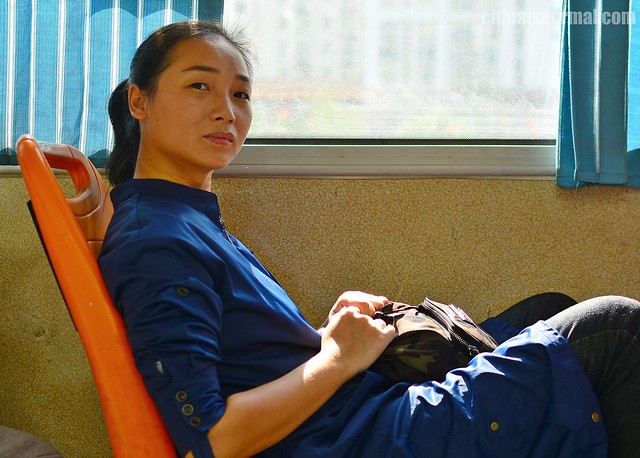 There are lists drawn up by smart psychologist that correlate a trauma scale to life’s stress events. The top three, for a karmic jackpot of close to 100 points, is a terminal illness, loss of smartphone and then death of spouse or kids. Quickly, the graph slopes down, past ‘younger people being put in charge of you’ (75), a third divorce (50 points), ‘losing one’s sense of irony’ (25), to the bottom end, with ‘sleeping on a very soft bed’ (10), and, finally, 5 points for the three-day-pain after ripping out those bits of skin that grow vertically from the sides of one’s fingernails (aka hangnails). 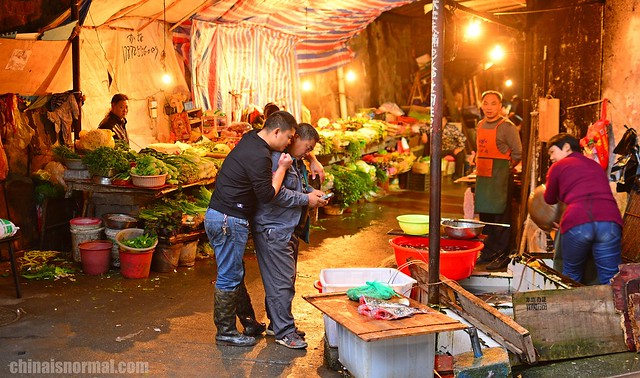 Well, no surprise that emigration is up there, high up there, even above ‘death of hairdresser’. I don’t doubt it one bit. The first time I emigrated I did not last a summer, and I even told myself (and everyone else) that this had been, in fact, the plan. The second time I reversed my strategy and announced it to everyone a year in advance to put the pressure on, and I did go, alone, with nobody to shout at, so I sucked it all up and found myself enjoying the incremental improvements in how I was coping. Of course, simply being a tall white male Western-European has always been the main reason for my successes abroad – it was never as uphill a battle as it is for so many others in this world.

The love for my family is unconditional, and easy, and matter-of-fact. But to these people I love unconditionally, my happiness is tied conditionally. And having to teach kids with full-on cheerfulness is tough to pull off when I’d rather scream into a void for an hour. This was the effect my wife’s culture shock and jet lag had on me the first ten days. She came during a relentless three-day downpour with our son after my five weeks alone in Yueyang, and she hit walls of impenetrable ethnicity, and pits of homesickness that, on me, had got no further than an easily treatable psychosomatic skin rash on my right leg. Through such a prism of instant depression brought on by culture shock, any pleasure is unenjoyable, and increasing autonomy, and pride in coping, goes unnoticed – is even regarded as irritatingly slow.

“I can’t think of anything that excites a greater sense of childlike wonder than to be in a country where you are ignorant of almost everything.” ― Bill Bryson 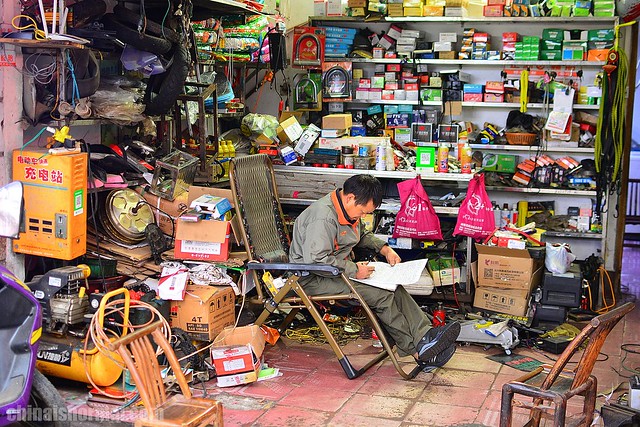 The excitement I feel at every successful day here is therefore not yet shared by my wife, but things are slightly better now than they were ten days ago, thanks to many small factors. Finding a nice restaurant in our street was a factor. Walking somewhere else than to work and to bed was a factor – the park and the lake boulevards are sweet surroundings for a family stroll. Her instant success as a teacher was a factor: the realisation that Chinese kids are first of all kids, and only then Chinese; so teaching them is possible when done with care and skill, and the direct and honest appreciation and fun emanating from children can lift the grumpiest souls.

2) The Destination is the Journey

“The journey is the destination.” ― Dan Eldon

For the tragic and restless Dan Eldon, the journey to Mogadishu became his final destination at the age of 22. His maxim has a cool, Wattsian faux-Buddhist ring to it, but I feel that ‘the destination is the journey’ is more accurate. Every passing week in this exotic Chinese metropolis has been quite different from the last, psychologically, as a world is unveiled one day at a time, bowling over past assumptions and laying bare masked prejudices. I tread unsteadily the whole time, as if thigh-deep in strong currents on a pebbled river bed, and as my feet slide and my legs are pushed apart I have to re-balance all the time to keep moving forward slowly. My stance had been quite solid these last few years so this is unsettling, literally. The journey here took only 24 hours – that was the easy part. Since then, a continuous new journey of the mind has been unfolding. The destination, this city, will not change for quite a while I expect. Therefore, this destination is my journey.

“Travel makes one modest. You see what a tiny place you occupy in the world.” 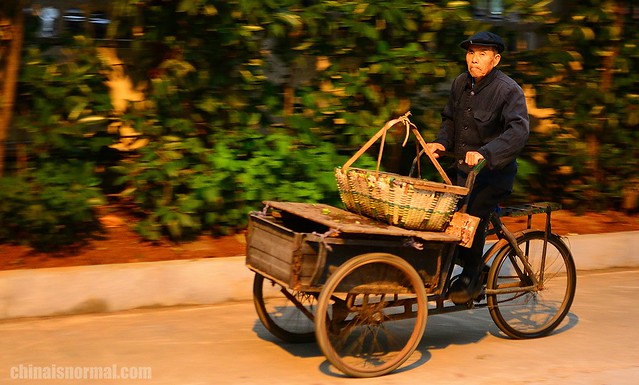 “Recognize yourself in he and she who are not like you and me.” ― Carlos Fuentes

Mentally I am not in China all the time – on leaving the house, it hits me again, the visual cacophony of crazy facade lights and the throngs of three-wheeled scooter trucks, hordes of schoolkids, and a mini-shock engulfs me: “Oh, yes, I’m in China”. The immigrants around me during my youth in Holland were Turks. In their living-rooms, everything was as Turkish as they could possibly reconstruct, including the prayer mats and the imported grandmothers who could not speak a word of Dutch. Clustered together in the cheaper blocks in town, these immigrants had never really emigrated at all; they ran shops and businesses servicing their own communities, and worked together in Turkish crews in Dutch factories, where I joined them on night shifts for a student’s temping job. Mentally, they were still in Anatolia, it just came with an awful climate and streets full of foreigners these days.

Of course, their children grew up to embrace Dutchness even as the Dutch did not embrace them much, and that tension has needed careful management on both sides until the embracing did begin, fifty years after their fathers’ and grandmothers’ initial exodus.

The mental comfort these first Turks had, of those thousands of countrymen around them, going through the same shared collective experience, is not here for my family. Our solitary struggles to deal with the Asian toilet and Asian traffic, the lack of lemons and cotton pads and decent fribrous bread – it can be shared only with a tiny rag-tag bunch of other immigrants in this huge city; the International Aisle in the local Walmart our only other ally from the West.

Having lived abroad for half of my life, I am still happy at the mental distance I can summon when things go over the top. When this morning at 7:30, across the street, a PA system the size of Luxembourg started blasting the Chinese National Anthem 78 consecutive times, in honour of some vague, but very loud, school sporting event, I simply swore in Dutch and rolled my eyes. This is a society in which I have no ethnic, historical, or democratic stake, so these mad excesses fall in the mental category of a day-long downpour or a slight toothache: can’t be helped, so grit through it, boy!

4) The Arrogance of the First World

Nobody in lovely, wealthy, UNESCO-listed Regensburg, Bavaria, ever asked me why I moved there during my four years in it. It was obvious to the locals that their town is a desirable immigration spot – who wouldn’t want to live there? My pretty solid German was never praised, either: it was surely only natürlich that I delved deeply into German grammar to fit in better with these wonderful specimens.

While at university, I never asked the Utrecht Turks why they had come to my city – it seemed obvious that life in Holland was a lot better than in Ankara; I never pondered on the trade-offs, tough decisions, and sacrifices these settlers had made to get there. 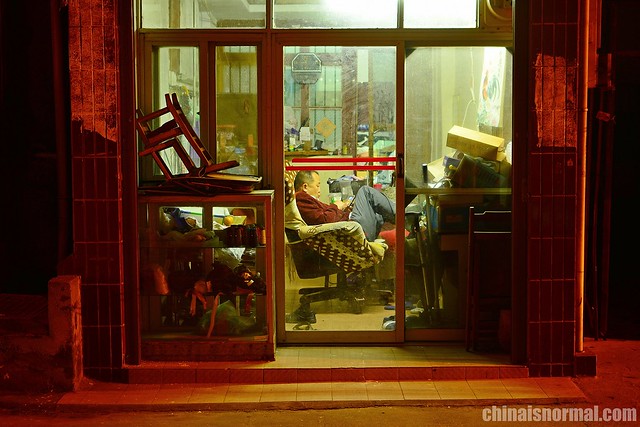 But the lesser hubs in Poland, and now in China, where all resident foreigners can meet for Saturday dinner and fit around two tables, are populated with bemused citizens enquiring all the time why the hell I moved there, to theirs of all places. Today an older couple stopped me in the park: “Why you come Yueyang?” I explained that I was teaching their grandkids English. The man held my hand between his. “Welcome to Yueyang,” he said solemnly and they smiled.

“Immigration is the sincerest form of flattery.” ― Jack Paar

I have always felt a local patriot. I would not call myself a Pole or a Chinese, nor a Bavarian or Briton, but I have identified myself strongly with Utrechters, Torunians, Regensburghers, and Mancunians, and now I am already beginning to feel a bond with the Yueyangers even as they cut me up in traffic, spit in my elevator, and slaughter chickens on the pavement. A city without its inhabitants is no more than a Czernobylian husk. The sum of its citizens makes a town; the people are the continuous factor that established the local diet, the local customs, the local industries, dances, dialect, and all public behaviour. These people make up all the culture in which I soak every outdoor step I take; and I’m in the same boat now, even though I had not even heard of Yueyang six months ago. 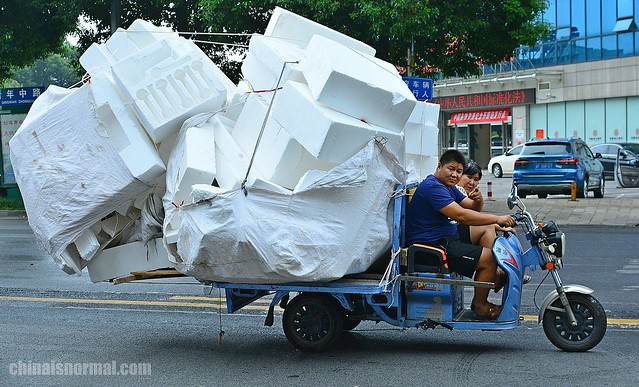 “I almost feel good at the approach of death. […] As you live many years, things take on a repeat. You keep seeing the same thing over and over again.” ― Charles Bukowski

Nice talking, Charles, but when you stay in California for 90% of your life, things are bound to repeat, right? Still, his remark resonates in me deeply. One cause for my urge to relocate periodically is to break that repeat, to kill the rut, to freshen up my day-to-day life. Even long holidays just don’t quite cut it for me – it has to be drastic to be fantastic.

What makes emigration so appealing is obvious but it bears pointing out because it makes all the difference. There is no return ticket, no date to count down to. There are no appointments back home waiting, which always used to spoil my holidays a bit, of “Oh, and two days after I’m back, I must phone the plumber, and not forget to confirm the dentist.” These six weeks in Yueyang, I’ve had no thoughts at all about my beloved home in Toruń where I return to it and do stuff there again. The blue ocean lies in front of me and no tide will take me back to shore again any time soon. My sole focus lies in the now. Even the immediate future is vague – I know my schedule tomorrow, but I have no idea what a subtropical winter feels like even though it’s on its way apparently. And next month, towards New Year, there is no outline either, no annual tradition to follow. 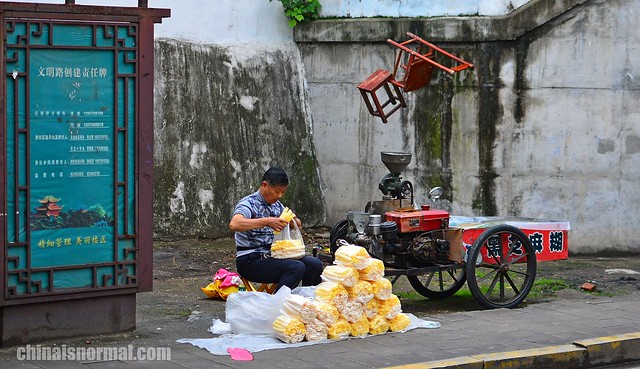 But I am no masochist. I do not lack comfort or funds. My apartment is swanky, its view stunning, my salary three times the local average in Chinese education. So this feeling of being unsettled is purely due to the novelty and unfamiliarity, and the challenges of coping in a city of five million which lies 8,550 km from where I was born. I pinch myself most often on the bus, sitting in the back, on the elevated seats, leaning out the open window, around dusk, when I commute back from some outlying school to the centre where I live. The lights, the bustle, the smells, the sounds… it is almost as if it’s happening to someone other than myself, and I am magically able to experience that other person’s sensations with the perfect VR system. But when I finally take off the goggles and the headphones, will I be back in my European armchair, a stroll away from my friends and my favourite pizzeria? Let’s not find out; let’s not spoil the day dream, but stay in the moment, in the intensity of this Asian behemoth and its cheerful, even-tempered, welcoming citizens. 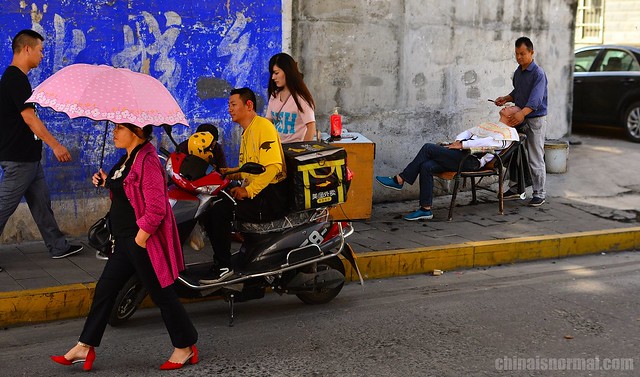