One of my go-to threat constructions was always: “Listen! You can […] from here to China all you want, but […]” 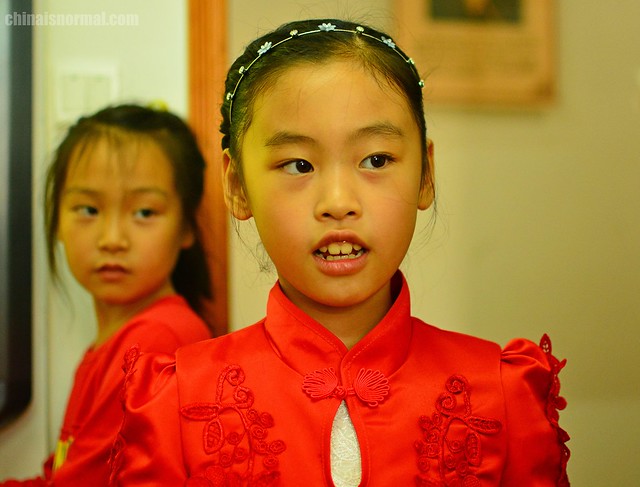 The school often tries to give me a sixth or even seventh hour in my day, usually with some staff emergency to justify it, and it’s tough.

A six-hour day can be 90 minutes each at two kindergartens from 9 in the morning (four groups in a row), then more local offspring in the afternoon, and then two evening hours on the trot at the school, also with little kids, until 20:30. These are very long days and it is a depressing mistake to think along the lines of “Oh, I will only be free nine hours from now”. Yet such thoughts are shared by many in the world – not only teachers. In Bavaria, in the offices of Siemens and Osram where I worked, most spoke like that: “Um Gotteswillen, still three hours till my next break, then five hours until I go home. The weekend is four days away, with my nine-day holiday in Mallorca coming up in March”. And on they typed and phoned with death in their eyes.

Before it was hip to call it mindfulness, millions had discovered the way to avoid this trap without a self-help book. So my solution is not original, but it works like it always has: only do the job and think about nothing else during it. We give attention to each student individually, we look them in the face, straight in their eyes, and react and interact. Groups of 22 kindergarten children, all 5 years old, are great to deal with, with direct, reciprocated kindness and enthusiasm bouncing around the room. After such a class a glow of warmth and satisfaction is an extra reward. 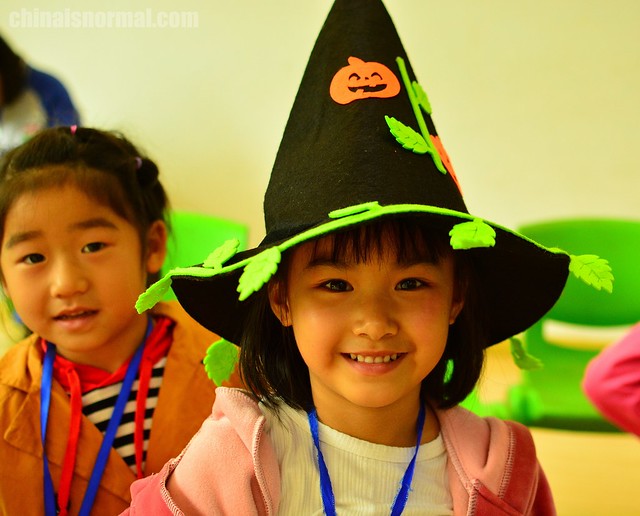 Be not afraid of growing slowly, be afraid only of standing still – Chinese proverb

So our future-obsessed minds, in many daily situations, are as useful as pink camouflage. Yet we all have a talent for learning new things so we can overcome our hardwired deficiencies – a true tragedy of our species is that we are so bloody smart and aware that we really have no excuses for anything we cock up. 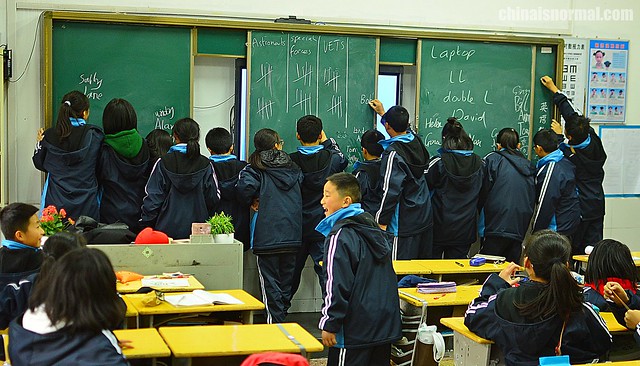 Methodology and the science of learning have produced many papers and doctorates over the years, and I’ve read a few. TED talks have added some measure of popularity to the latest findings. TPR (total physical response) is a technique whereby the students mimic what they are taught to speak, in real-time. Let’s say that cooking vocabulary is on the menu and while the teacher chants wash, wash, wash, peel, peel, peel, chop, chop, chop, the whole groups mimes these actions along with her. This is wonderful – up to a point. Self-conscious students (over 13 years of age) can feel silly doing TPR. It won’t work when the words cannot be mimed, like truth, honesty, conscientiousness, or silver, copper, bronze. So here is my little contribution to education techniques:

Why do we sit our little students on chairs, in neat rows, with desks, evenly spaced, filling up the room? Would kids themselves have come up with this arrangement? I’ve now noticed during hundreds of kindergarten and primary school classes that such rows of students can switch off, mentally, and they don’t reproduce the Words of the Day well at all. But when I let them walk around the room, or take them into the hall, to read something to each other in pairs, spread out, that this makes the experience somehow memorable and the words ‘stick’ better. 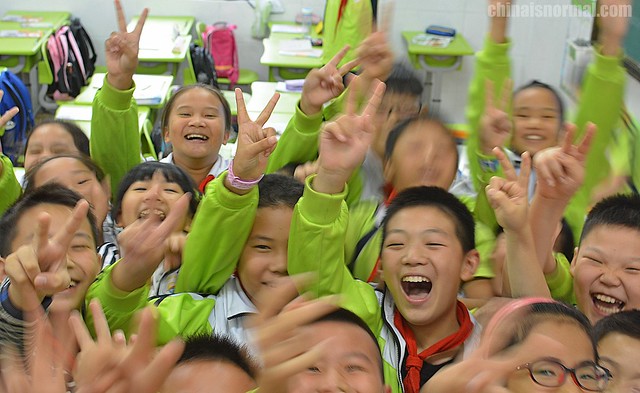 I did a comparative test: one by one I passed each 4-year-old child in front of me, holding up the flashcard and making the kid speak after me ‘Christmas tree, Christmas tree’. It mostly came out half-baked and was forgotten by half of them four minutes later. Then, with the next group in the same kindergarten, of the same age, I had my assistant line them up in front of a large wooden playtunnel, and they crawled through the wrong way round, first struggling up the slide at the far end, then squeezing towards me, to the stairs down. As they came towards me, I repeated, like a mantra, ‘Christmas tree, Christmas tree;, and while they were busy doing a physical thing, they spoke the word perfectly. They even remembered the word better at the end of class. 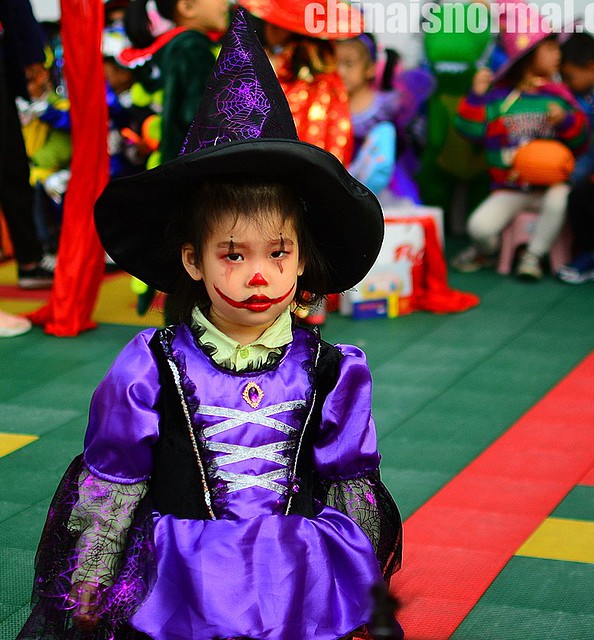 This rather puts the whole thing on its head, right? Whenever I see a Chinese teacher briskly press each hand of a student on their knees, telling them to sit up straight, to stop looking sideways, I see the resistance in the child, and I doubt that it achieves anything. Related to this, over the years, with restless and fidgety private students, I have sometimes taken to walking about town with them while speaking English. And now, when my son’s English is finally taking off grammatically, is exactly when we have walks every evening through the tight Chinese inner-city alleyways, heavily distracted by what we see and hear, interrupted by locals who want to touch our hair or take selfies with us. All the while, his multi-tasking brain storms and races through English vocal and grammar, and he improves by the week.

In his great European contribution to education, Aristotle was already aware of this when he founded the Peripatetic school (meaning: school given to walking about) over 2,350 years ago. 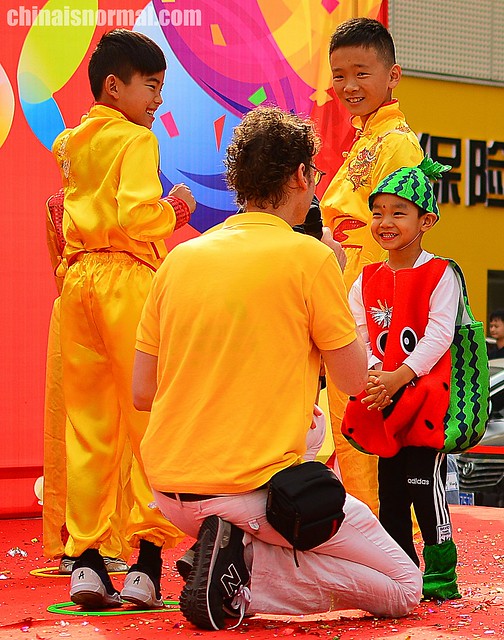 To know the road ahead, ask those coming back – Chinese proverb