The funniest announcements I caught during my travel were: “Please do not destroy the smoke detectors”, and a caption before an action movie I watched: “Warning: contains scenes of airborne catastrophe”.

The good news is that unless your airline is ruled by dumb and wasteful morons, you’ll never have to fly more than halfway around the globe. If your destination were further, they’d fly the other way around. In short, my two-step advice is the same for every intercontinental flier: 1) ‘Jet lag’ is just a term, and 2) don’t sleep on the plane. 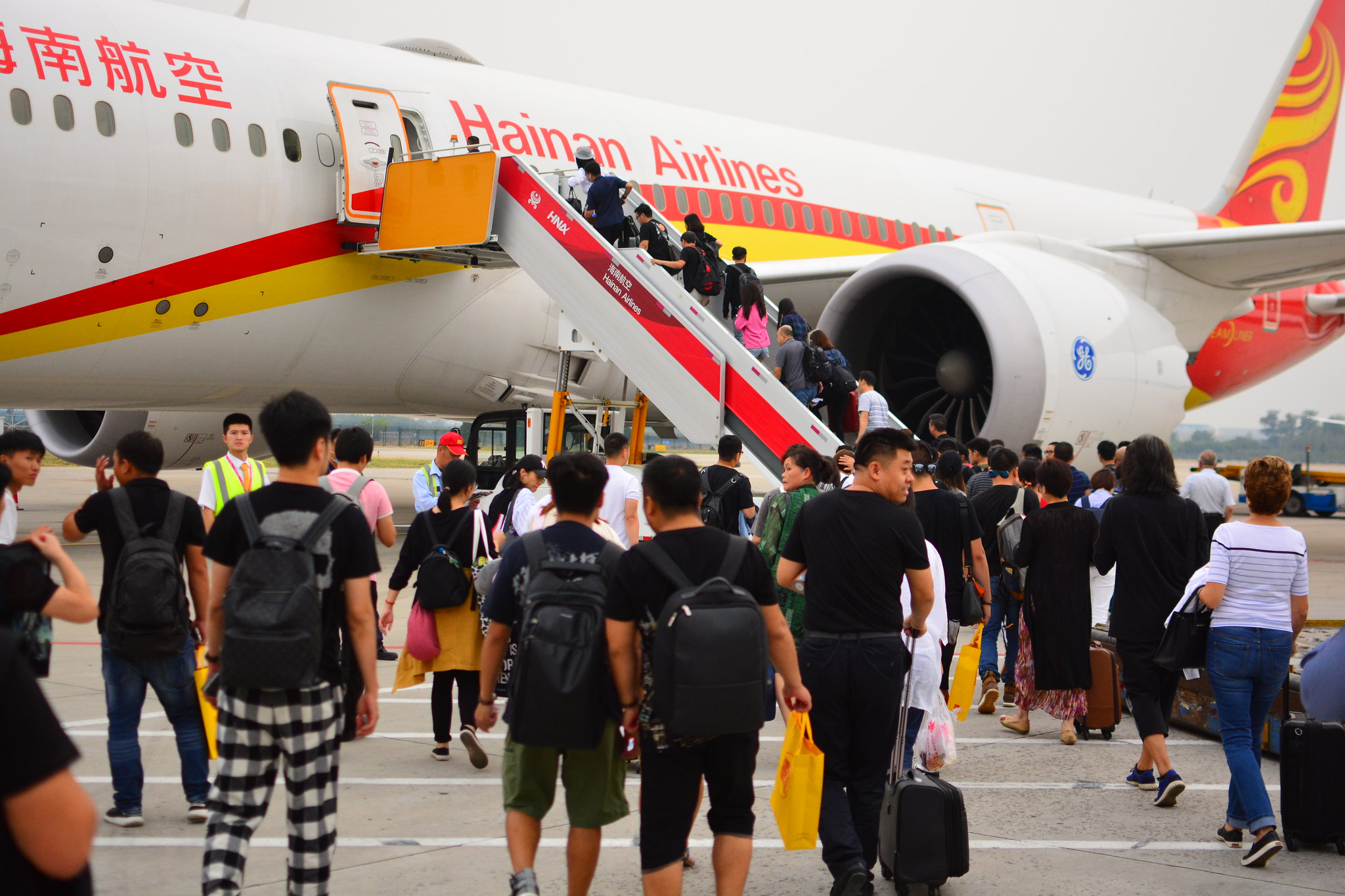 If you fly west (=to the left on the globe), you’re following the sun, not allowing it to set on you. Your day never ends, a bit like Sunday dinner with the in-laws. Therefore, make sure you resist the urge to have a nap, so when you finally do touch down on your pillow at your destination, you’ll be sufficiently exhausted to go straight to sleep, too tired to even consider what the combination of air plane beverages and turbulence has done to your trousers. Jet lags are then the stuff of legends and lies, just a concept that affects others, and as your internal eight-hour’s sleep rhythm kicks in, simply forget about the concept straight away; you’ll wake up fine in the morning.

Going east is trickier; it’s the bane of trans-oceanic pilots, who keep tumbling into the next day too quickly; having to get up earlier and earlier until their eyes are too small to see their instruments through. Every so often you’ll enter another time zone where it is later, and you’re forever turning your watch forward, which gives you a good feeling for a while: every six hours on a plane, you can add about two extra hours – it’s bonus travel time that you do not have to live through, speeding up your ordeal with the in-flight announcements that interrupt seventeen times the film you did not really want to watch anyway. But the good feeling – like eating half a birthday cake – won’t last.

Because eastward, you’re going against the sun, and that sounds ominous enough to suspect that there’ll be a price to pay. The solution here is to accept one torturously long, sleepless period. Go easy on the alcohol because this will give you restless sleep and restless legs. Walk around a bit, linger in the aisle, stretch your hamstrings, flirt with the steward(esse)s in the kitchen. You will feel like a student again, skipping the night completely. On arrival, treat what’s left of the day like any day back home, and do not go to sleep but push yourself with the help of those fizz-less Asian energy drinks, or try the local espressos. None of it will alleviate the headaches following cabin decompression and recompression. I had three flights in a row and worried about skull fissures. Eventually, normal bedtime will come around at your location, and you’ve been too zombie-like to even unpack. So you crash onto the unfamiliar bed too knackered to care and the next morning something feels off but you will have had some solid, restful sleep. Then during the following days your sleep might be shorter or interrupted – don’t break a sweat over it, it’ll get better every day!

This leaves the poor bastards who’ve booked a flight that lands at an ungodly hour. Now you know why these deals are cheaper. Yet the principles above still apply: for one horrific mutant day-night, you must push yourself to stay awake (much) longer than you’d care for, drop comatose on your hotel mattress, and then jet lags are simply a thing that happens to older or less evolved humans – not you.

Should you feel that you are suffering despite this advice, you may well be one of those older or less evolved humans. On arrival, try some pills.

I had to run for my life at every airport and made the gates by the skin of my teeth. The leg room was fantastic (but then, I’m only used to Ryanair), and the in-flight entertainment was varied and superb, with a personal touch screen for everyone. The young, bearded man next to me listened the whole Qatar Airlines flight through the free, crappy headphones to the Qur’an, recited. Peace be upon him!

And now I am finally in China.