It is National Day, which lasts a week, and I have this week off. All day, massively amplified music has rung out from the main square, far below my 15th-floor window, honouring the State. It started with a patriotic hymn, throatily sung and so out of tune that it set off the car alarms in the area, but then it got mercifully interrupted by pointless daytime fireworks which resembled distant firing squads. For the musically sensitive, I assume, a trauma helicopter circled overhead.

After the Chinese siesta, the folk music got going with trumpets and shawms and nasal mini-cello’s, also fronted by out-of-tune local crooners. This had a certain exotic flair and there were moments of what I could, but won’t, describe as ‘rhythms’. But now, at 9 p.m., the opera can no longer be postponed by the – no doubt – desperate organisers. The citizenry is clinging to any excuse to get away.

I vaguely remember a two-week hiccup after watching ‘Raise the Red Lantern’ in 1990 – a brilliant piece of historical cinema where clever use of earplugs is advisable. This time, however, I am drenched in operatic din, here in the centre of Yueyang. 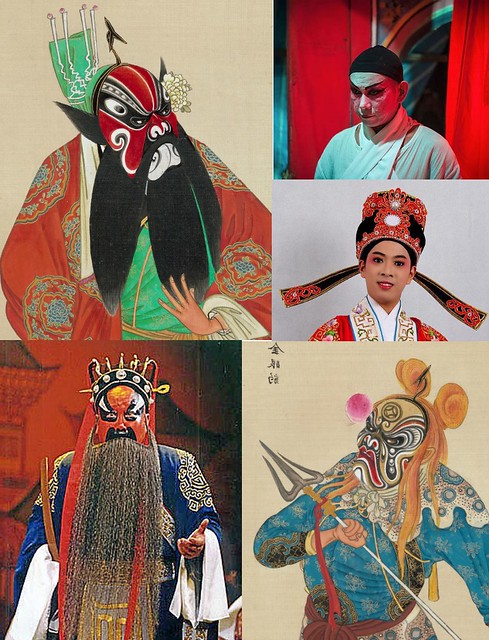 Chinese opera sounds like people breathing in helium and then being forced to jump barefoot into boxes full of meat cleavers, howling in pain and anger, while other people smash light bulbs against large sheets of metal. I cannot take this long at all, and leave my apartment block in the opposite direction, where I run into a young lad who is a little bit taller than myself. He confirms that he is the tallest person in Yueyang and at 1m93 (6ft3) has me beat by almost an inch. His English is good, too; he is still in high school, and introduces himself as Li Shen Chi. We exchange some niceties and then I tell him to get the hell out of town fast, and for good.

It is a lovely warm October day and, 2 km upwind from the stage, I almost manage to block out the racket. Next, I wander curiously into a Chinese pharmacy. I notice parallels to the standard western pharmaceutical mafia outlets, such as the white coats, the many little wooden drawers, the high prices. But unlike Western pill pushers who hide everything in bright little boxes with pretentious but meaningless names, the Chinese medicine sector is brave enough to have the actual products on display. I see fungi, the colour of drought, reminding me of anorexic orangutan arms, and some frighteningly dark mushrooms. A lot of it looks like colourful dried herbs and fruits, some ground into powder.

The typical argument on this global healing rift is that the West treats the symptoms, but the East treats the causes. Looking at how chronic medicine use is more or less the norm for every Caucasian over 60, I might agree. But if the symptom is a fever, and the cause an infection, then penicillin will (still) deal with both effectively. Yes, Chinese medicine has been around for thousands of years, praised and loved by many, but so have soap operas. Still, even some colleagues from Britain and the States have asserted to me personally that they were quickly helped by Chinese medicine after sudden and severe aches, so I am willing to give it the benefit of my massive, massive doubt, provided they cut out the tiger- and rhino-poaching and go easy on the deer penises and squirrel faeces.

I walk to my local market along the stacks of shiny pink fish lungs. Even the school kids that swarm onto it at 4 p.m. every day enjoy these ancient snacks. I sometimes watch them dreamily sucking on a chicken foot. The Chinese like their meat in small bites with bones attached. When I bought chicken legs here, the lady hacked it into slices so I had to use my tongue at every bite to identify, separate, and spit out bone slivers. The same is true for seeds and dried fruits; the Chinese love to eat something and then spit out most of it again. My rugby-playing colleague from South Africa complained that he lost ten kilos of muscle in his eight months here, having to suck on meat morsels while he really craved his daily juicy steak. Even the frog meat I tried contained 50% crunchy bones. All those little animals are bought alive at the market: pigeons, chickens, fish, crabs, frogs, oysters, squids and what ever else they manage to dredge out of Dongting Lake, which is among the top 50 of biggest lakes in the world, and one I can’t wait to steer a kayak over.

On the way home, the cacophonous yelling and clanking envelopes me again, and it is the women’s turn now, bawling and yelping like a pet castration centre that does not do anaesthetics. I need a painkiller myself and venture into the local deli for a Snow Beer, which is, believe it or not, the number 1 beer in the world today. A decent brew.

There has also been this instant noodle in a brown-black box in my corner shop. It has stood there, alone and dusty, on the highest shelf, out of reach of everyone except Li Shen Chi and myself, and I have started to feel sorry for it. These instant noodles are not the usual Vifon waxy shit I know from Europe’s bottom shelves; no, these contain several types of noodle and often up to five little bags with mushroom paste, seasoning, dried peppers and much, much more. Well, I am in an adventurous mood, and slightly loopy after two hours of opera, so I pay the 7 yuan ($1) for it and retreat into my elevator.

Back home, the full blast of the women through my windows, wailing collectively like twenty squeaky wheels on Walmart shopping trolleys, is still deeply painful. I empty the bags in the boiling water, thinking the small dried red peppers are the local mild paprika variety (in Yueyang, it is the green pepper that gives you a thirty-minute deep-throat cough). Annoyed, I take a greedy gulp from the steaming bowl and immediately, my lips tingle, then burn, as it spreads onto my inflamed cheeks, and my chin droops, my eyes sag, blurred vision sets in… 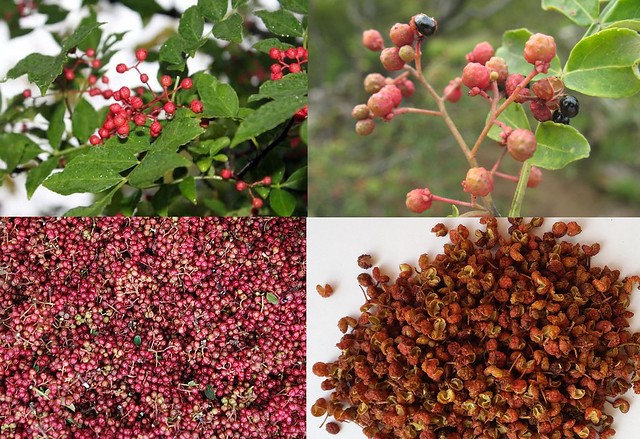 I have mistakenly ingested the notorious Sichuan pepper, the hottest thing in mainland Asia (well, after Liu Wen of course). I was warned: naive predecessors at my school have already succumbed to this stuff, their charred bodies unceremoniously flown out at night. Sichuan or Szechuan peppers entered the cuisine of landlocked Asian fiefdoms centuries ago, to mask the lapsed sell-by-dates of imported products such as sea fish. With Sichuan pepper, a smart trader could still sell horse meat from the previous Dynasty.

By now I am doing a shamanistic living-room dance in my underwear, trying to spread the pain around. So this is what French-kissing a jellyfish must be like. I read somewhere that singing is a useful strategy to get through Guantanamo torture sessions, but I am unable to articulate with my numb and burning mouth, so I excrete an incoherent, loud growl out of my window that mirrors the music below in sheer madness; I picture the actors looking up, a glint of respect in their bloodshot eyes.

The show has now got stuck in the parlando bit which gives the impression of groups of midget neighbours fighting each other after snorting bath salts. The 16th century was the age when Chinese opera truly began to blossom and I can imagine many people in a great hurry to leave that century. But to everyone’s shock it kept on being played, and the question of why the hell has been buried in the ages. Even Wagner never provoked these heights of irritation and ennui in his audiences, although he came close with ‘Die Meistersinger von Nürnberg’ which can go on for days if you chance on a particularly pedantic orchestra.

I will have music shows like this all week and I’d like a refund on my holiday. At least I do not have to go out and watch the masked idiots on stage. If it didn’t have the prestige of tradition, and the authorities would stumble, culturally unprepared, upon a troupe doing Chinese opera today, they’d assume it was aimed at troubled three-year-olds. But they’d still arrest them and resettle them far away from populated areas.

It is totally unnecessary to put any other ingredients in that soup, I remember thinking right before I lost consciousness. Sichuan peppers can season a Beef Stroganoff or a slice of tractor tyre, and no one would tell the difference. If Putin is looking for something new to knock off dissidents with, this pepper is worth a try.

It is close to midnight now, and I am back to some semblance of human life, though my upper body is red and sweaty like an ageing boxer, and my feet Antarctically chilled, but most of my facial veins have sunk back under my skin. When I throw the cremains of the soup in the bin, the bag starts to smoulder and in my fever dream I fear it will copy ‘The China Syndrome’ (1979), burrowing its way down the floors in my block. But then, logical thinking has not quite resumed yet.

Well, no more brown-black boxes for Mark. The Grand Finale has finally arrived below and everyone is screaming like there’s no tomorrow in this madmen’s LSD trip. It sounds like they are smashing empty soup terrines on the stage and then dancing on it in glass shoes, screaming out in agony. But then, thank the heavens, the fire crackers end the show, and the remaining audience, I guess all three come from the local Institute for the Deaf, are thanked by the organisers for sitting through the ordeal. The actors are quickly escorted out, presumably locked away again in their steel cages for the night, after being fed ethanol and ball bearings.