1) The Chinese do not look all the same

Of course, if your thing is hair shade of eye colour, you will feel impoverished visually, at least for a while. But very soon it will be easy to distinguish between different Chinese people. They have expressive faces, and especially in central, eastern, and southern China, many people clearly have some elements of Laotian or Vietnamese or other Pacific Coast ethnicities, and are tanned, slender, with expressive, pretty, South Asian features. The north has the moon-shaped Mongolian faces, but also Russian and Turkmen influences. The 55 ethnic minorities within China’s borders have been officially recognised since 1954.

As every foreigner quickly realises, blatant staring and pointing at strangers is a national pastime.

Especially in areas devoid of foreigners, Chinese people will do a double take and stare. Yesterday as I was teaching in a kindergarten, one 5-year-old screamed in mortal fear, turning her head to avoid the sight of me; she had to be soothed in the hall, and when I walked past her on the way out she started wailing again. This xenophobia affects all ages; old ladies sometimes stare at me with open mouths and a stressed frown for the whole duration of my walking past them; taking intuitive steps back to literally distance themselves from my anomalies.

This is a direct, instinctive reaction, totally devoid of prejudice. And it is prejudice and generalization that make xenophobia such a primitive and unfair mechanism, but honest fear at the sight of someone outside the paradigms of normalcy is nothing to get upset about. The third time I walk into their kindergarten or street, the fear is usually gone, just as you’d expect. 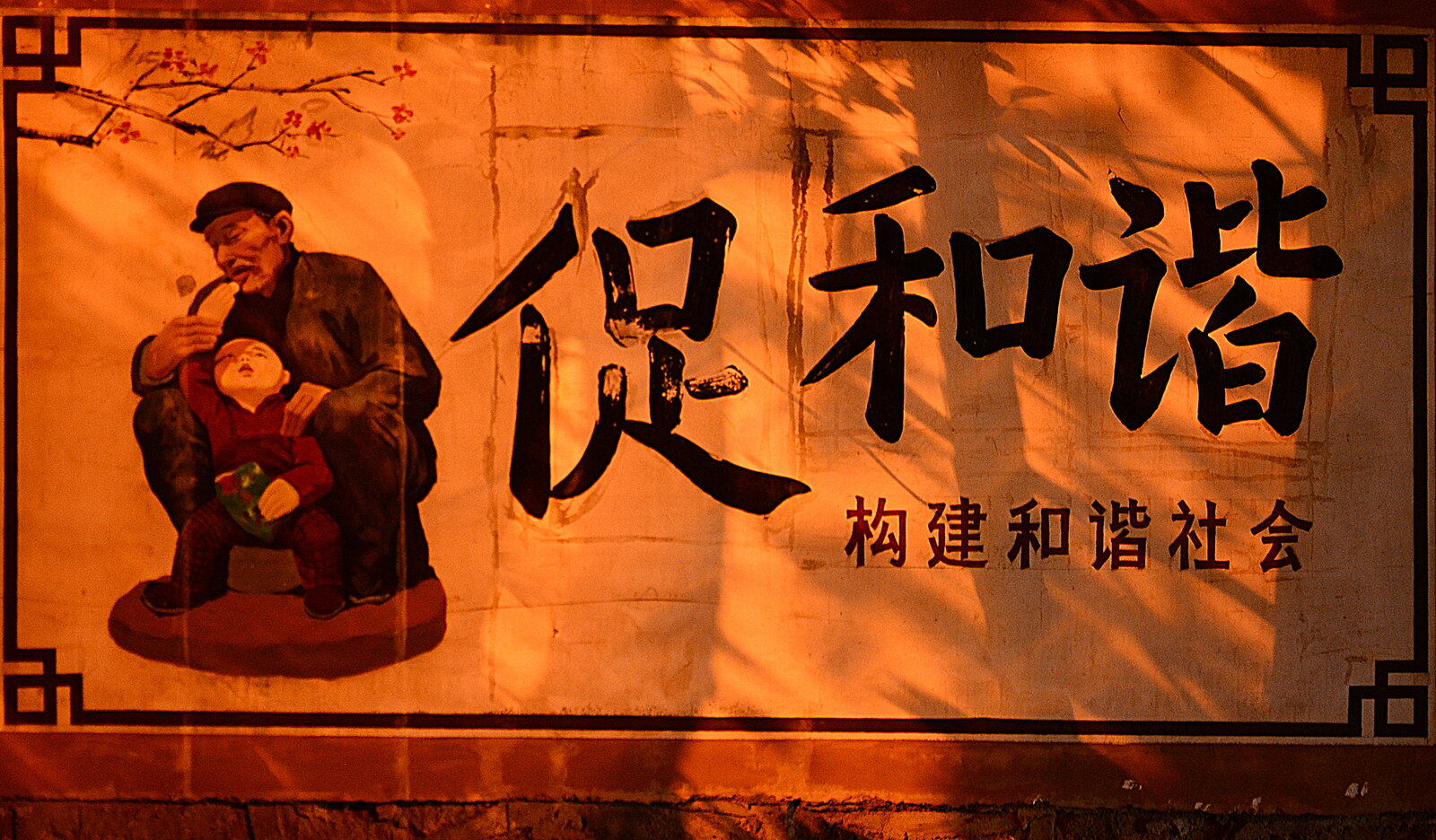 So they stare. Just get used to it. They spit on the street, too. Get used to that as well.

3) The food is gorgeous

It is useless getting worked up about the weird foods you will see sold on the markets, served at restaurants, and recommended by the locals: frog meat, fish lungs, shredded snake soup, chicken feet and chicken testicles, tuna eyeballs, deep fried scorpions, boiled dog. You will never have to eat them if you don’t want to, so just go to that pavement restaurant with the queue and say: “Li Wei, you wicked Wok Wizard, please whip me up a spicy tofu noodle with eggs boiled in soja sauce, and I will marvel at your country’s superb cuisine once again”.

4) Asian toilets are fine, and more hygienic than Western ones

I got used to these Asian toilets quite quickly, squatting on the ribbed ceramic footsteps, not touching anything with my bum that other bums have touched. What I still miss, though, about the Western joys of sitting on that porcelain throne, is that long before, and/or after the Job is done, I could ponder life, read a book, enjoy the quiet of a small safe place. Asian toilets encourage a hurry; you won’t find many Chinese idly philosophizing while hovering over a hole in the floor. I wonder where Confucius came up with his stuff.

The Great Wall of China was there for one reason: to keep the Mongols out. But this Great Firewall of China is more mysterious. It all seems rather arbitrary, as I’m finding out here daily. Deviant Art: available, but Soundcloud: not. Why? What dangerous and subversive stuff do collaborating musical amateurs produce that collaborating amateur graphic artists don’t? Google, no, Bing, yes. BBC and Bloomberg, no, Guardian and CNN, yes. No Facebook, no Pirate bay.

Then Wikipedia is accessible, even on politically sensitive topics, just not in the Mandarin and Cantonese language. Gmail is inaccessible, but my Yahoo works perfectly.

Anyway, the Chinese discuss everything freely at the office, in the restaurants, at home. Their attitude to censorship is like towards an overprotective dad who thinks there are things his kids should not know. There is even a free VPN app (which allows you to access blocked sites) for all Chinese smartphones, but most Chinese do not install it; the interest for what they do not know, is not quite there.

…because ultimately, the Chinese drive in the same way as they used to cycle or steer their ox-drawn carts: they go slowly, change lanes without thought, fill spaces up to park just about anywhere, cut off pedestrians whose green light means little. Although it takes some bravery, I find the best strategy for crossing the street is to look left – the other way – which renders drivers powerless so they must slow down and let me pass. 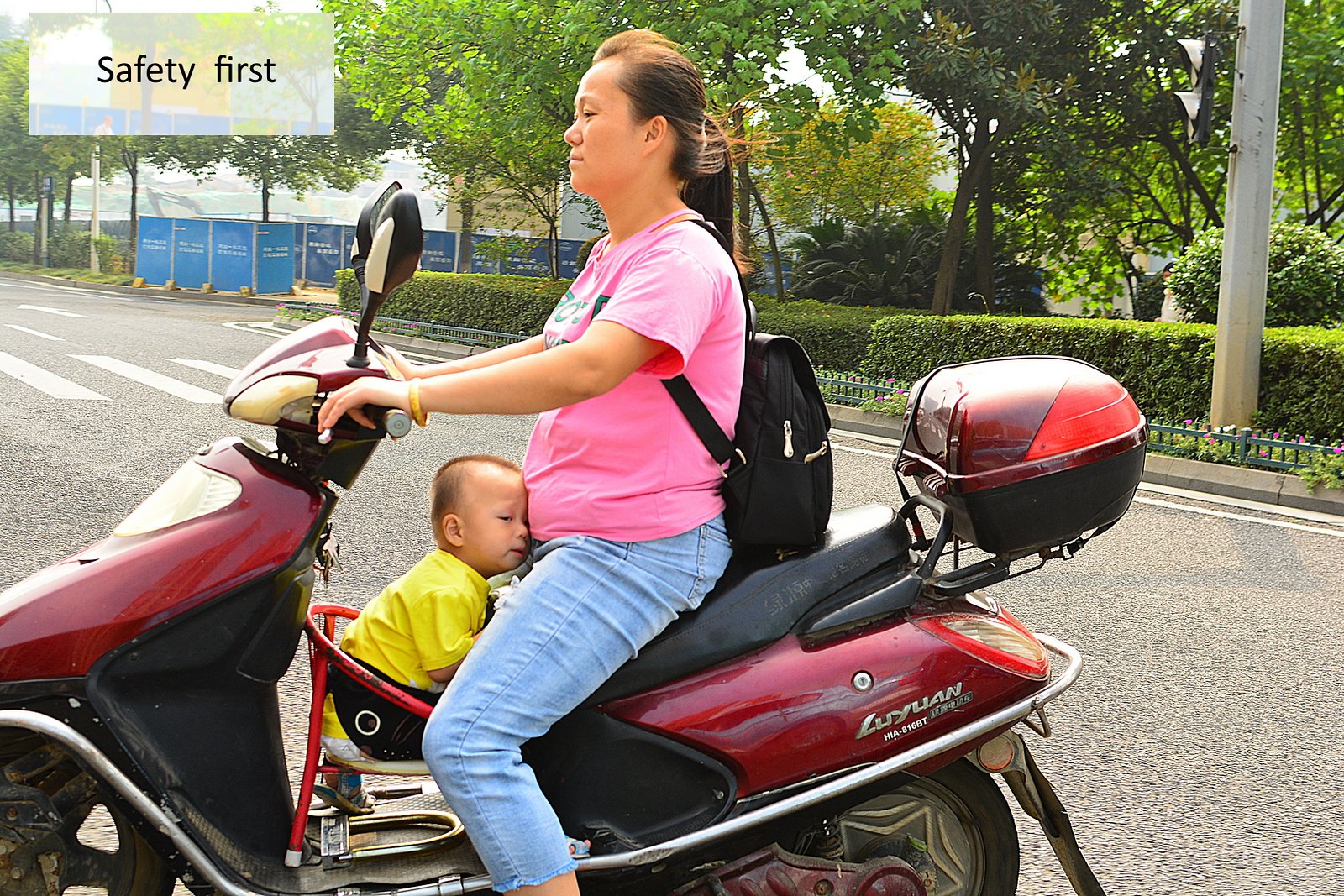 On the bus or in a taxi, traversing the length of my city, the 60-minute rush-hour commute takes slightly longer than the same distance through Rotterdam, Berlin, or Phoenix, where people stick to sensible traffic rules. The Chinese system does necessitate a great deal of tooting, which accompanies every lane change, every U-turn, every change of speed or direction – I listen to this cacophony as to a massive collective concert of modern improvised music, and I’m fine with it.

The biggest cultural paradox is that for their straight-forward, unromantic communication, there is a refined subtlety that emerges once possible negatives or confrontations come into play. As in much of Asia, my ego, outbursts, impatience, and rudeness will make me a pariah quickly, a brute not in control of myself. Linking the prosaic with the deferential has been my greatest challenge here so far.

But some of the West’s hairy alternatives I have personally experienced include the trouble-seeking drunk lads in Manchester on a Saturday night, the bellicose football hooligans ransacking central Ostrava on a Sunday afternoon, the Neo-Nazi march in Warsaw, the massive groups of lycra-clad geriatrics with nordic sticks populating my Regensburg parks, pushing me aside, and the rude queue pirates in Athens’ post offices and fast food lines.

Such things won’t happen in China. China is an amazingly safe country.

8) Wechat is the single most important societal tool

Wechat is Facebook, WhatsApp, Skype, Instagram, Apple Pay, Slack and Uber all in one – and more! The app has quickly become essential for modern life in China. It functions as a free texting and phoning system. You can share videos with friends and with friend groups. You can record a video or a voice message and send it so the recipient can listen to it at leisure. Wechat is an electronic wallet used to pay for cinema tickets, or your shopping, or the Didi system (China’s Uber equivalent); a screen shot of your location will suffice and you see in real time which car is on its way, what its licence plate is – you can follow it on the road map as it weaves its way through mad traffic to pick you up, and you pay for it by scanning the taxi’s QR code (those monochrome block pixel images). In this image Bobby is seen speeding south to pick me up on his electric scooter, so I could leave my flat at the last moment and catch him perfectly. 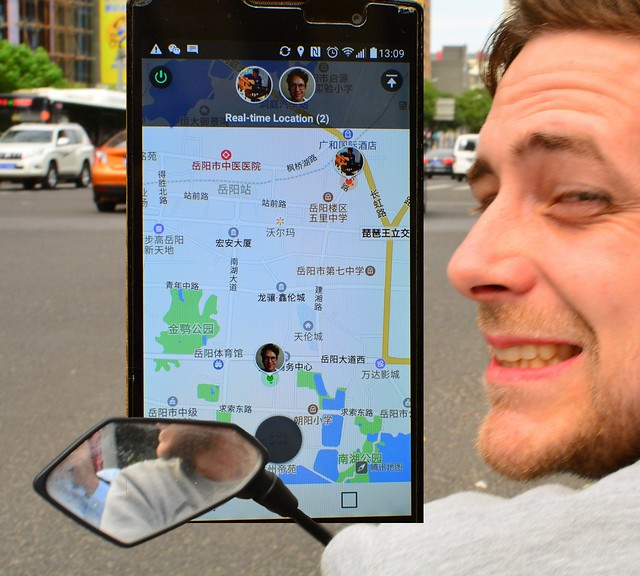 Even the Buddhist shrine in my local park has a QR code to scan and forward a donation, or add the temple to your favourites and recommend it to your friends. Wechat can show the location of your friends, in real time, and of your favourite city haunts, or work places. It is used to make profiles of yourself or your company. Many Chinese firms do not have websites because Wechat is the better option to reach existing or potential clients.

Wechat is of course also used to organise hookers and drugs, or to get a random new friend: with the ‘shake’ function, you shake your phone and then get in touch with someone else who shook theirs at the same time, even many miles, perhaps thousands of miles, away.

The day the servers of Wechat go down, all of China will come to a panicky standstill.

In the north of China, siestas are not customary, but elsewhere, an afternoon kip is a normal daily event. In many companies, the workers sleep together in a room full of mattresses. In a small shop with one owner, (s)he will just curl up on a chair or a sofa, and fall asleep with the shop still open. If you must do your shopping right after lunch, the shop keeper will get up for you and serve you. Drowsily. 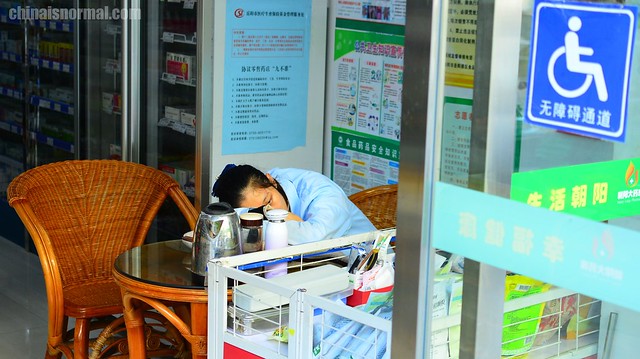 When the Chinese sing wordless songs, as they do to kids, it’s not on the Anglo-Germanic lalala, or the Spanish lololo, but, stereotypically, with ting ting ting, tan tan tan, or ting ton ting ton. It’s fascinating how much they adore clanking. Some of the rural folk music resembles switching on a slow tumble dryer full of steak knives. I plan to find out if top composers here do in fact all grow up in scrap yards.

I often wondered why many Chinese products, like toys for instance, have this god-awful, monotonous nasal bleeping built in. Now I know: they positively love that! Every three-wheeled peanut moped has a megaphone on a 4-second loop screeching the Chinese for PEA-NUT PEA-NUT, and every grilled corn push cart has a megaphone blasting GRILLED COOOORN, GRILLED COOOORN…. The cardboard collectors, the street-wash truck, the car alarms, the schools (with different loud melodies every hour till ten at night, amplified far beyond their perimeters); yes, even inside my elevator a tiny loudspeaker bleats ‘Plink plink XinChao XinChao Plink Plink’ in a squealing 8-second infomercial, 24 hours a day. It has already become part of the tapestry of Chinese city life to me, and I take it on the chin together with the smells, the insane traffic, the stares, and the swarms of loud school kids.

China is normal, after all, as I speak into the mirror daily just before I cut myself shaving.